The exhibition Times of Crisis is an exhibition project specifically conceived and realized for the spaces of Villa delle Rose and the urban context of Bologna by Elisa Caldana(Pordenone, 1986) and Aki Nagasaka (Osaka, 1980), during an eight-week stay at the Sandra Natali Artist Residency.

Started in 2018 in Tokyo, during the international residency project Tokyo Arts and Space, the research of these two artists came from a shared reflection on the concept of precariousness and how it has become, due to the incessant succession of periods of crisis (economic, political, climate, health), a now permanent sensation in everyday life and a constitutive part of the individual identity of the latest generations.

Times of Crisis is an imaginary place, a context without specificity in which Tokyo and Bologna meet and overlap, reflecting each other through fictitious stories and images that, with poetic simplicity, speak to us of difficulties and everyday problems, projecting us into the heart of contemporary social issues.

The rooms of Villa delle Rose and the streets of the city have thus become the scenarios that welcome some short stories set in Japan and presented through as many drawings created by professional Manga illustrators, specially chosen by the artists.Each room is set up to allow the viewers to fully immerse themselves in the narrations, materializing some essential elements thanks to a simple and evocative aesthetic.

Each of these stories, although set and originally conceived in a geographically distant cultural context such as Japan, immediately brings us back to our reality. Inequalities and injustices, uncontrollable changes and ecological resilience, adaptability and hope resonate between the walls of the exhibition venue and through our mobile devices thanks to the recorded narratives that the artists have created and disseminated, associating QR codes to the posters affixed in the streets and to the images set up in the Villa.

Manga, chosen as an illustrative form in its imaginative and colorful expression, while maintaining an immediate correlation with the place where this research began, becomes a captivating and unexpected tool to address and analyze issues that go far beyond national borders.

These molds have been conceived for the making of a series of public monuments dedicated to the fictitious addresses invented by the Italian public administration as a bureaucratic stratagem, according to which every Italian city, town, village has the power to invent names for non-existent streets. These fictitious streets are nowhere to be found in reality, but provide addresses for homeless or nomadic inhabitants so that they can gain access to health care and the right to vote.

For three months of the exhibition period, someone takes care of the plants at home and brings them to the exhibition space every weekend. It is a system that enables the inclusion of live plants in the artwork and a practice of building a caring relationship with other species.

Listen to the audio stories

Listen to the audio stories

Listen to the sound 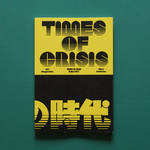 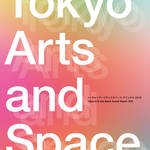 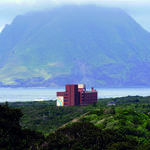 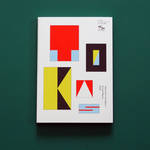 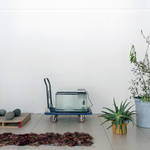